Celebrate the season at Overly’s Country Christmas®, a nonprofit organization operated mainly by volunteers who are committed to creating holiday memories with a walk-around Christmas Village that’s filled with an array of old-fashioned traditions and treats.  Sing carols ’round the bonfire, revel in the model train display, have your picture taken with Santa (in the days before Christmas), take a horse drawn wagon/sleigh ride or shop for gifts in the C. Edgar & Sons General Store plus much, much more as you experience the warmth of this traditional Christmas Village!

In 1956, Harry Overly first decorated his rural Armbrust home with just a few strands of lights. Most people would have been content stopping right there but Harry’s vision of a light display happened when he was encouraged by the delight of his four children.

“The kids like it,” was all Harry Overly would tell anyone as they watched the light display grow. And he wasn’t content with hanging strands of lights from the eaves of his house and in the bushes. It was his attention to detail that made the difference. Lights were meticulously intertwined in the branches of trees and strung in perfect rows along miles of fence that outlined his property.

Harry was one of the first people to add animation to his displays. Over the years, the Overly home and surrounding seven acres became a showcase: first attracting neighbors, then people from nearby communities and later people from all over the region. Soon those same neighbors and friends wanted to become involved; they volunteered to play Santa and Mrs. Claus while local young people dressed as elves to hand out lollipops to the children in passing cars. Many a child driving by was convinced that this indeed was where Santa and Mrs. Claus lived.

Then one year, when Harry himself was dressed as Santa Claus, a woman handed him a dollar in appreciation for the marvelous light display that brought so much joy to her children. Harry explained that there was no charge to see the lights, and the woman replied, “Well, give it to your favorite charity!” That simple recommendation was the seed that grew into the vision of the light display someday becoming a charitable fundraiser… But for what cause?

The answer came without hesitation. Harry knew immediately that the light display could only be used to benefit children’s causes. During the 35 years that the light display was held at the Overly home, nearly one million dollars was raised by donations from cars passing by and later through an annual preview cocktail party held at the Overly home.

That first one million dollars, raised mostly from coins, was donated to the Free Care Fund at Pittsburgh Children’s Hospital and children’s medical services at Westmoreland Regional Hospital in Greensburg by the Overly family.
Play Video

The Story Continues at a Crossroads…

Not long after the 1983-84 holiday season Harry Overly suffered a heart attack. It was a long recuperation and doctors advised Harry to take a year off from the light display. Christmas didn’t quite seem the same at the Overly home. The following year doctors were still encouraging Harry to take it easy, and he agreed that putting up the display by himself would be a daunting task, but he found he wasn’t alone. Countless friends, neighbors and beneficiaries of his donations said, “Let us find a way to help.” They didn’t want to see the magical display end, and then realized it had become too much for one man and his family. That fall, school groups, business associates, individuals, friends and neighbors volunteered to set up the lights.
From that point on, Harry realized that the display had a life of its own and the potential to grow even larger as a place to create holiday family memories and to continue to help children in need. The twinkling lights and the promise of donations to help children had captured the hearts and imagination of hundreds of people who were willing to commit their own time to make it survive and grow.
In 1991, Harry announced that the light display at his home would end and that he was in search of a new, larger home where even more people could see the lights. In 1992, with the holiday season rapidly approaching, Idlewild Park in Ligonier agreed to become a temporary site for the display in its transitional effort to find a new home. The following year, in 1993, a new home was found at the Westmoreland Fairgrounds near Greensburg. Then, in 1994, Harry established a nonprofit corporation to ensure that his work would continue when he was no longer able.
Today, Overly’s Country Christmas® is operated mainly by volunteers who continue bringing holiday traditions and memories to all who visit and to help those less fortunate. 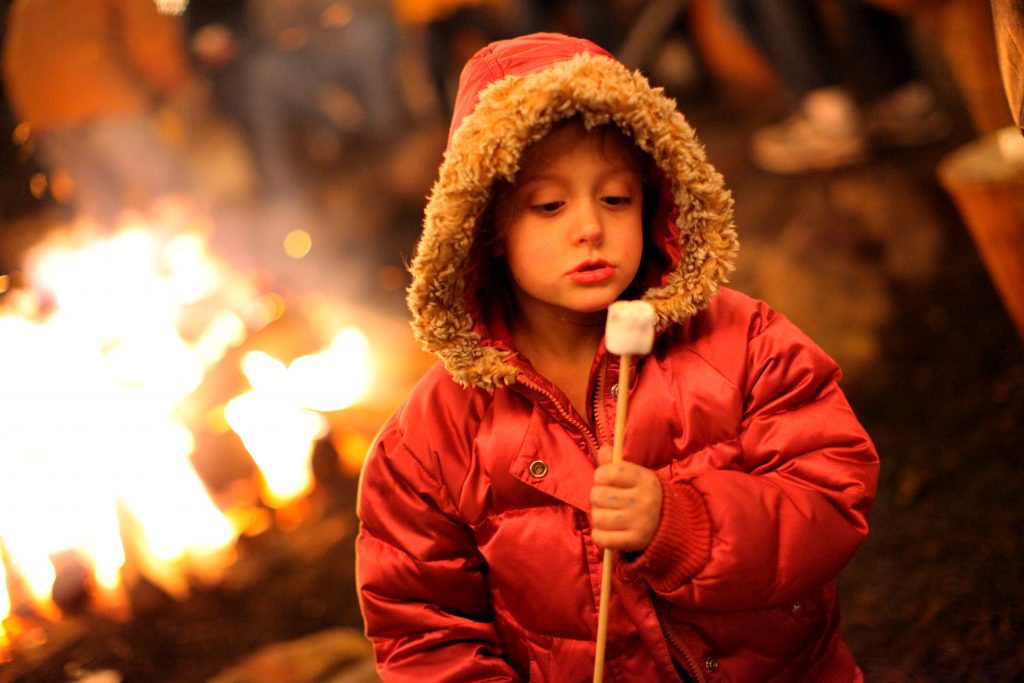 A Tribute to Harry Overly

Harry Overly, who was well-known throughout western Pennsylvania for his annual Christmas light display, will be remembered as someone who touched many lives.

The 68-year-old Armbrust man died Monday afternoon at Westmoreland Regional Hospital in Greensburg. He had been battling leukemia for more than a year.

“I think the timing of Harry’s death is interesting because this time of the year was the most exciting for him because of his Christmas light display,” Wilkinson said.

“When my little granddaughter found out that Harry died, she said, ‘He will be lighting up the stars in heaven,'” he said.

“I want to first tell you what Harry meant to me,” Tomasic said. “He was my friend, my mentor, my partner, my confidant and sometimes even my father.”

In business, he was a perfectionist who demanded 110 percent out of everyone, and he got it,” Tomasic added. “He was a visionary with a great warm heart. He meant everything to me. I’m really going to miss him.”

Tomasic said the last five years that she spent working closely with Overly on the Christmas light display have been “the best years of my life.”

Since Overly’s death, Tomasic said she has been asked if the Christmas lights will be shut off as a tribute to Overly.

“In 1994, Harry Overly created the Overly Charitable Foundation to continue his vision and to ensure that this would continue when he could no longer do it,” she said. “We have a fine board of directors that will take over. I would like to think that Harry Overly has taught me well enough to continue.”

“Harry Overly might not be physically here with me, but he is still here with me in spirit,” Tomasic added.

Wilkinson said Overly, whom he described as a self-made businessman, will be greatly missed by the community.

“Harry Overly had a magnetic personality,” Wilkinson said. “He sure came a long way in life, but he never had any formal education. I think he finished eighth grade, but he didn’t even go to high school. He was a self-taught and hands-on guy.”

Wilkinson said he and Overly grew up together about one-half mile apart in the close-knit Westmoreland County community.

“I had known Harry Overly all of my life,” Wilkinson said. “When I was a little kid, Harry was a big kid.”

“Some of the kids were jealous of Harry because he always had a couple of dollars in his pocket,” he added. “When Harry was 18 years old, he started a garbage collection route with a pickup truck. Harry then bought a dump truck and then a compactor.”

A self-made businessman, Overly first approached Greengate Mall ownership for a contract to haul garbage and maintain the grounds.

Overly steadily rose through the ranks of the Rouse Corporation which owned the site. Eventually, he became mall manager and later, a corporate consultant nationwide.

Overly was well-known throughout western Pennsylvania for his annual Christmas light display, which began decades ago at this Armbrust home. The display was later moved to Idlewild Park near Ligonier and then to the Westmoreland Fairgrounds near Norvelt.

“Harry Overly was an organizer and a motivator,” Wilkinson said. “He had hundreds of volunteers who helped him every year with the light display. He raised thousands of dollars to benefit hospitalized pediatric patients and other charities.”

Because of his involvement in the light display, Overly was known as Santa Claus at the local restaurants where he frequented, Wilkinson said.

“Harry was just a character. He sure had come a long way in his life,” Wilkinson said. For about two months, Overly had been a patient at Johns Hopkins University Hospital in Baltimore. His leukemia was thought to be in remission, and Overly asked the doctors if he could come home for Christmas.

“Harry came home about two weeks ago because he wanted to spend time with his family during the holidays,” Wilkinson said.

Wilkinson and Overly went out to dinner together on Friday night. The next day, Overly visited Wilkinson at his nursery. Overly attended church services on Sunday morning at Armbrust Wesleyan Church where both men were members.

“After church on Sunday, Harry Overly went out to breakfast with his sisters in New Stanton,” Wilkinson said. “He seemed to be doing fine. He was having a difficult time Sunday night, and the ambulance came to the house. He died the next day.

“Harry is definitely going to be missed by the community,” he added.

Reproduced with permission from the Herald-Standard, December 1998.

For many, the charitable endeavors of Overly’s Country Christmas® are the most important part of what we do.

In 2000, a pilot group of social and human service agencies met with our volunteers and representatives of Overly’s Country Christmas® to assist us in evaluating our community outreach efforts for Lights for Little Ones. Based on the information gathered with the focus groups, we became aware that one of the greatest needs was to have an environment, atmosphere and facility that lent itself to family bonding and communication.
As a family-focused organization which creates holiday memories and traditions for thousands of visitors each year, we felt confident that we could provide the type of opportunity that the agencies requested. During our 2001 Season, the “Family Moments Programs” were introduced. 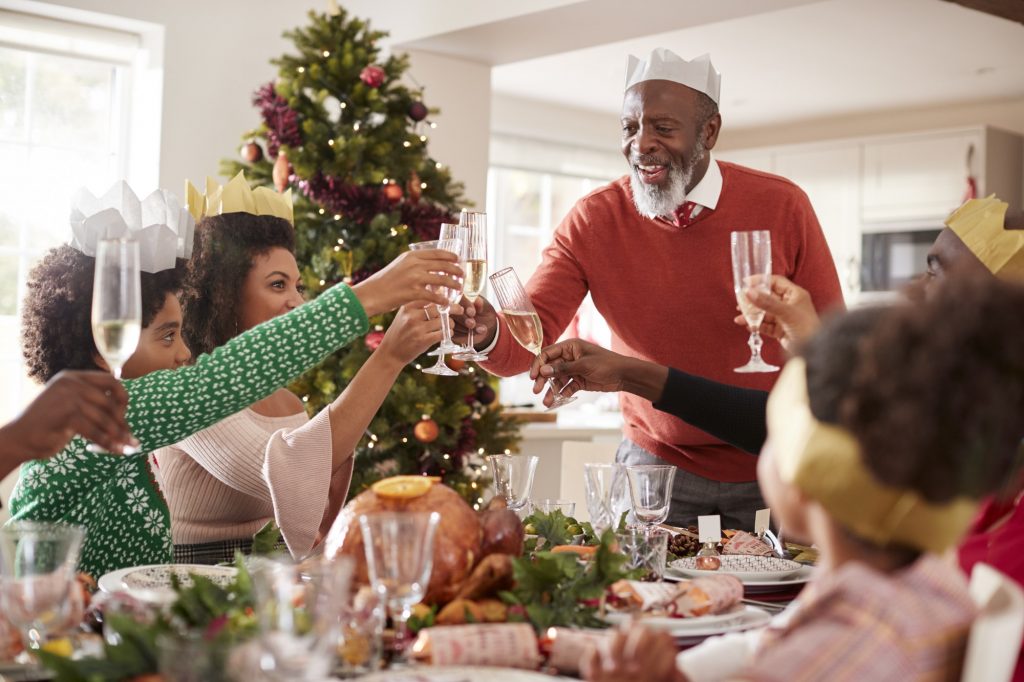 Today, the “Family Moments” programs are administered through a partnership with the Tickets For Kids Foundation, serving low income and at-risk families in Westmoreland, Fayette, Somerset and Allegheny Counties and providing approximately 1500 children yearly with a memorable holiday experience. Additionally, Overly’s provides a similar program to kids with life-threatening illnesses and terminally-ill patients and their families.
Thousands of families and children have had the opportunity to visit Christmas Village as guests of the “Family Moments Holiday Packages” program. This program provides families with admission to the light display, tasty treats from the Christmas Village eateries and an evening of country-style, old-fashioned fun.

Providing support to other organizations’ missions is another aspect of Overly’s community outreach.  Excess food products from the holiday season and other events are donated to local women’s and children’s shelters, homeless shelters, food pantries and soup kitchens for distribution to those in need of food assistance.
Throughout the year, Overly’s Country Christmas® partners with local, nonprofit organizations to help bring about awareness for their missions and with others during the holidays, to provide an opportunity to collect donations of new, unwrapped toys, nonperishable food items, and pet food during the holidays through Share the Magic.

Since 1994, Overly’s Country Christmas® has worked with the Westmoreland County Juvenile Probation Department. While learning team building and life skills, these troubled youths can give back to our community and help us to continue to provide holiday memories and traditions to everyone in our community.  On a year round basis, these troubled youths give back approximately 1000 hours of community service working with us 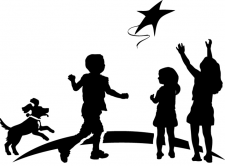 Celebrate the season while reaching out to the community and spreading goodwill. Help those who need it most with new, unwrapped toys, nonperishable food items, dry cat/dog food or kitty litter.

Collecting during the holiday season for: